From pork chops in Miami to pecan rolls in Idaho, Flavortown is a state of mind.

For 33 seasons (and counting), celebrity chef Guy Fieri has been criss-crossing the country, chatting with local diners and kitchen staff, and sampling staples like baked mac and cheese, all-day breakfast, and anything deep fried. Restaurants typically welcome Fieri with open arms (and kitchens), and for good reason: A feature on the Food Network’s Diners, Drive-ins and Dives is almost guaranteed to increase sales.

Some of the places Fieri visits—largely independent, family-owned small businesses—have been around for decades or more than a century, while others are brand new. But they all have something in common: Whether it’s a diner, drive-in, dive, or somewhere in between, these places are the beating heart of their communities—and essential stops on any road trip.

Here are 10 of the best diners, drive-ins, and dives across the U.S., paired with a corresponding campground—because with a little planning, luck, and a few gallons of hot oil, Flavortown can be found almost anywhere.

Since 1949, the Bruno family has been serving up red-sauce Neapolitan Italian classics such as manicotti and pizza. Now operated by brothers Vince and Gio, Little Rock’s “best Italian food” was featured in season 29 of Diners. Fieri was particularly impressed with the Lasagna Imbotito and handmade toasted ravioli—but Bruno’s Little Italy also offers antipasto salads, several kinds of spaghetti, and a classic dessert menu with Tiramisu, cannoli, and spumoni ice cream. 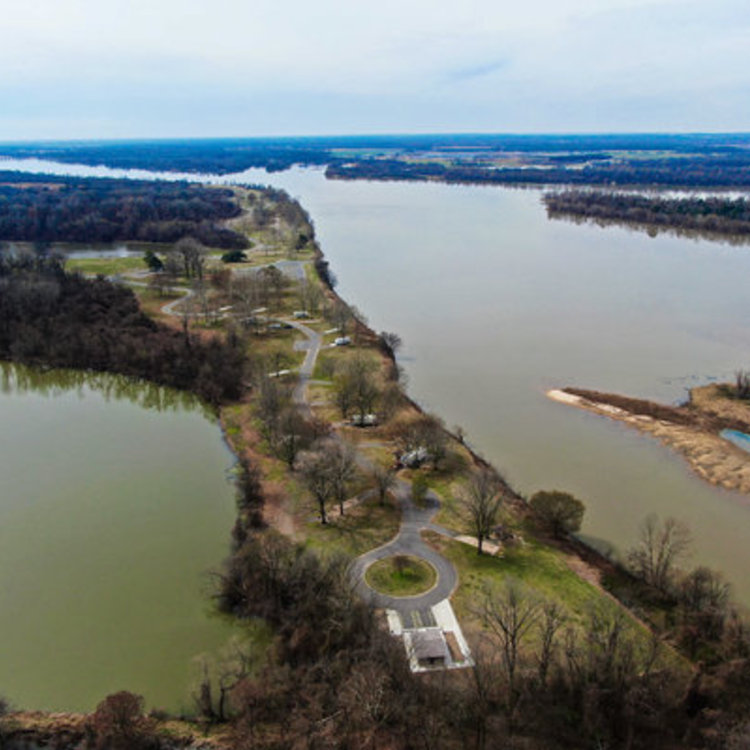 Fieri isn’t the first person to be wowed by Duarte’s Tavern, a 127-year-old Portuguese-American restaurant located just south of San Francisco on the California coast. Its tagline is “Where friends meet,” and since 1894, Pescadero locals and tourists alike have enjoyed locally-caught seafood and simple dishes made with vegetables grown in the restaurant’s own garden. Winner of the James Beard Award for American Classic Restaurant in 2003, Duarte’s knotty-pine-paneled dining room and bar is the perfect place to sip wine made nearby in the Santa Cruz Mountains. 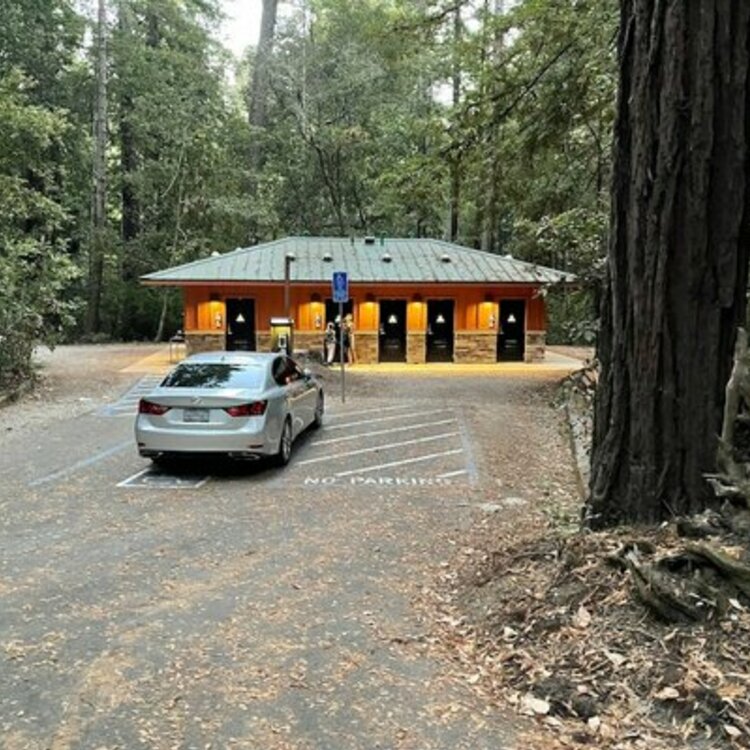 Built in New Jersey in 1948, the 11th Street Diner car operated in Wilkes Barre, Pennsylvania, before it was moved to Miami Beach and restored in the early 1990s. Located less than a 5-minute walk from the Miami Beach Architectural District, the glow of blue-and-pink neon reflected onto palm trees has beckoned beach-goers since 1992. The silver, Art Deco diner serves classic fare including burgers, milkshakes, and all-day breakfast. But it was the pork chop with apples and raisins that wowed Fieri, who called it “one of Triple D’s greatest chops” in the season 3 episode “American Classics.” 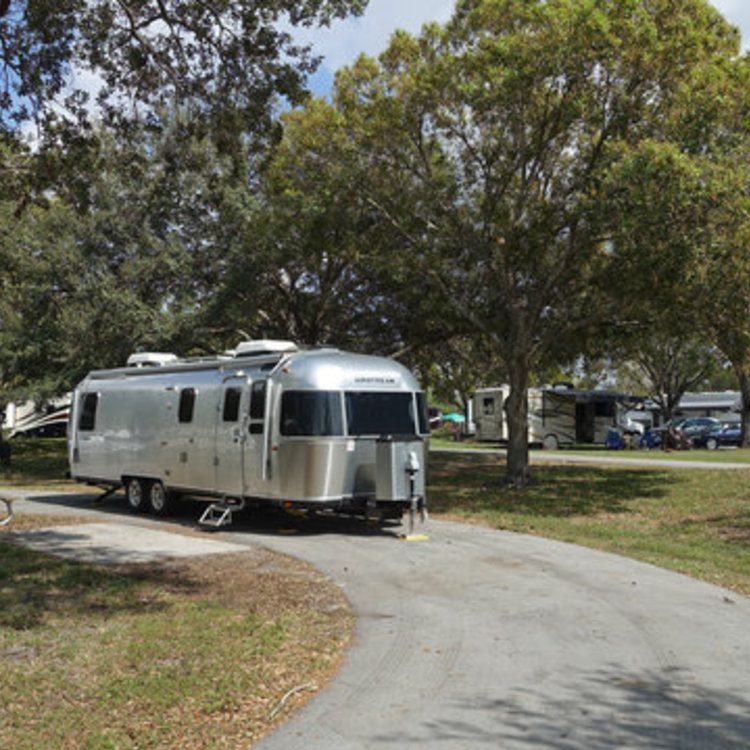 The Silver Skillet has been serving up diner classics with a Southern twist in Atlanta, Georgia, since 1967. Opened by George and Louise Decker, the diner is now operated by the couple’s daughter, Teresa. The diner’s vintage interior—with vinyl booths, handwritten menu boards, and a counter with chrome swivel stools—has been featured in numerous movies and TV shows in addition to Diners, including The Founder, Ozark, and Anchorman 2. The menu features breakfast staples alongside those eponymous skillets packed with hearty Southern ingredients, including “world-famous country ham and redeye gravy,” biscuits, fried catfish, and grits (Fieri’s favorite). 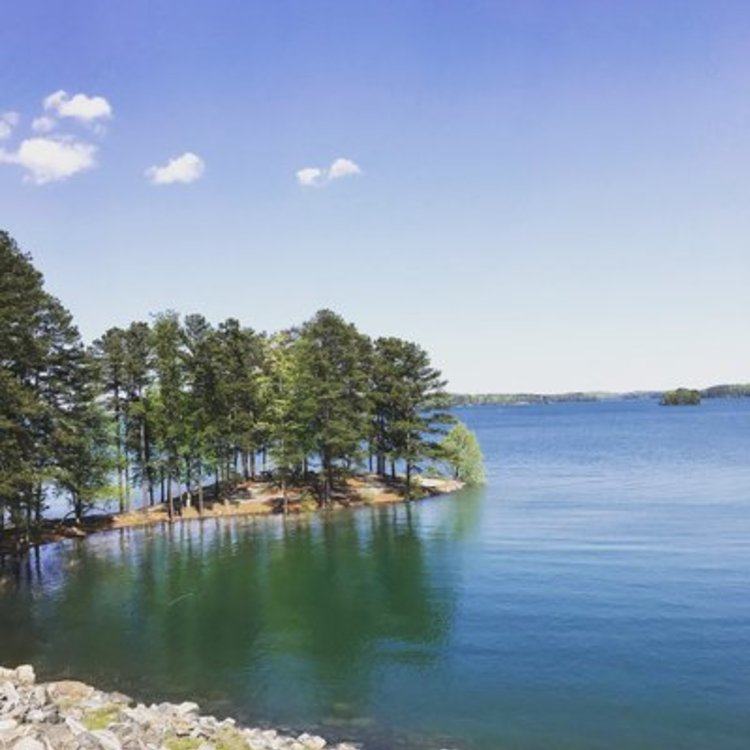 Idaho: Jimmy’s Down the Street

Located in picturesque Coeur d’ Alene, Idaho, Jimmy’s Down the Street opened as a small soda shop more than 50 years ago. Owned by Jimmy, a U.S. Navy veteran, and his wife Anna, a corner of Jimmy’s is “decorated specially for our men and women who have paid the ultimate sacrifice.” When Fieri visited the diner in 2010, he sampled the “really righteous” chicken and dumplings, caramel pecan rolls, and chicken fried steak skillet from a menu known for oversized portions, fresh ingredients, and homemade desserts. 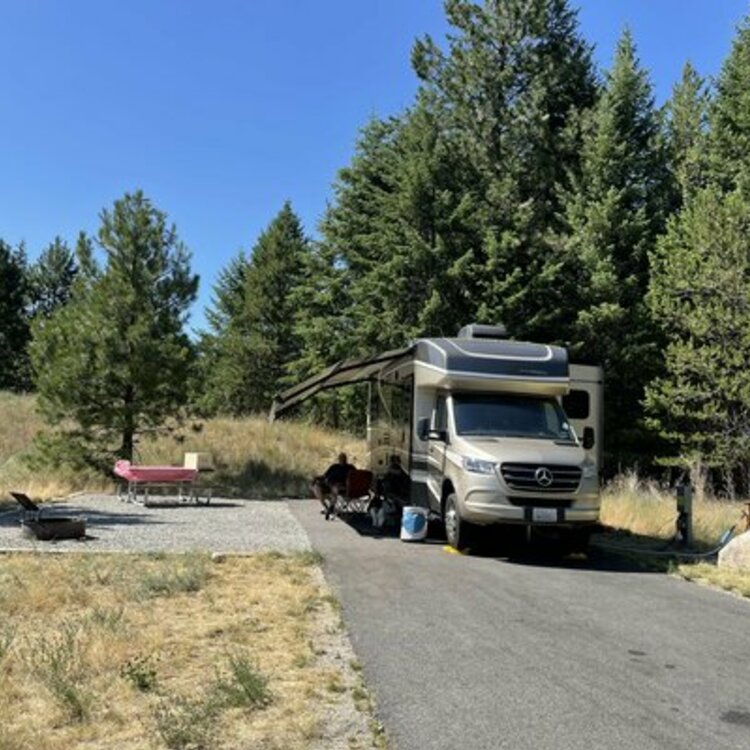 Started as a wood-supply business for other BBQ restaurants, Woodyard began serving up its own smoked meats and sides such as creamy coleslaw, baked beans, and cheesy corn in 2005. In addition to Fieri, the Kansas City, Kansas, restaurant has also been visited by celebrity chefs Anthony Bourdain, Andrew Zimmern, and Nigella Lawson. Known for its burnt-end chili and pork ribs (Fieri called them a “knockout”), the family-owned restaurant also includes a fully-enclosed outdoor dog park called the Woofyard. 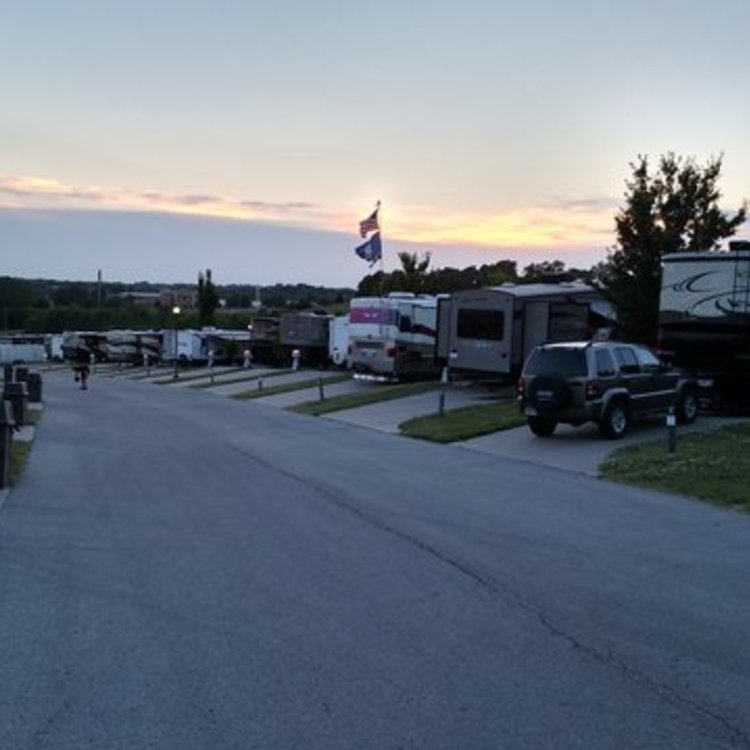 Opened in 2005 by Eddie, a Baltimore native, Miss Shirley’s was named for a friend “known for her sassy charm and sheer joy of preparing dishes for catered celebrations in the community.” The restaurant’s four Maryland locations feature Southern dishes inspired by Shirley (who passed away in 2001), including shrimp and grits, crab cake and fried green tomato eggs Benedict, and coconut cream stuffed French toast. The original Roland Park outpost was featured in the season 24 “Family Legacies” episode. 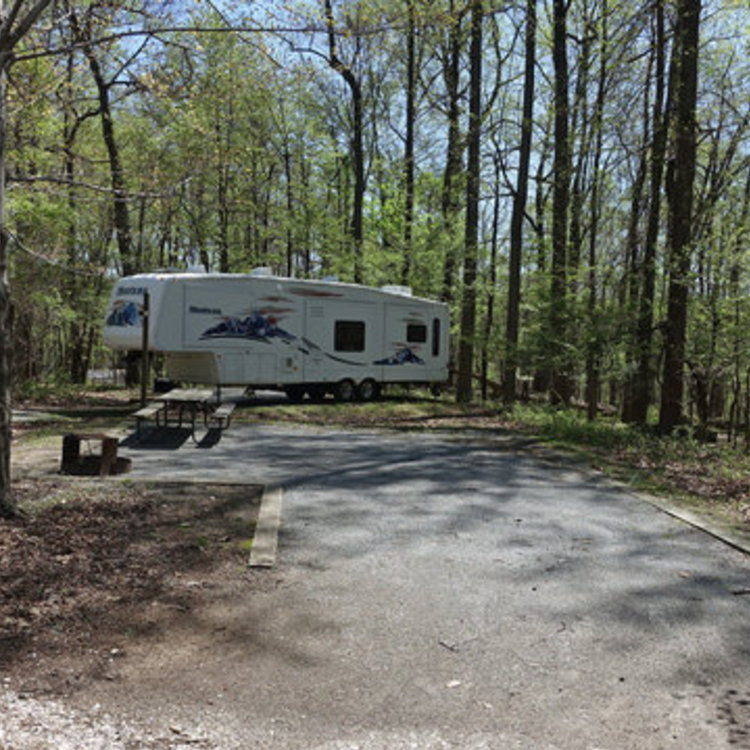 Consistently named one of the best tiki bars in the U.S., Minneapolis’ Psycho Suzi’s Motor Lounge defies categorization. The two-level space includes multiple bars, scenic waterfront views, and claims to have “the country’s largest collection of leopard furnishings” and “the most awesome fake wood carpeting in North America.” When Fieri visited for season 2 of Diners, he sampled several shareable bites, including fried cheese, beer-battered asparagus, and “crazy tasty” Mini Mex Rolls. From October until the end of December, Psycho Suzi’s goes all out for the holidays, hosting a 3-month celebration billed as the “most carousing, arousing, Christmas themed dinner and cocktail experience in the North.” 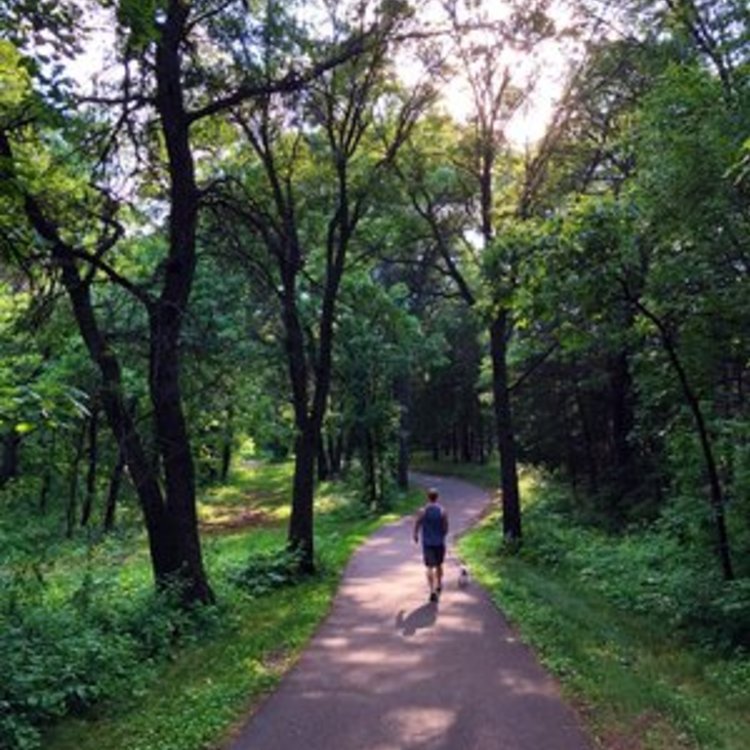 Chef Marie Yniguez was featured on Diners in 2013, and competed on Food Network’s Chopped in 2017. Bocadillos, located in downtown Albuquerque, serves up burritos and sandwiches made from scratch and stuffed with meats slow-roasted for at least 12 hours. Open for breakfast and lunch, the small shop is also known for its chipotle and green chile-infused takes on classics such as rubens, cubanos, and Philly cheesesteaks. 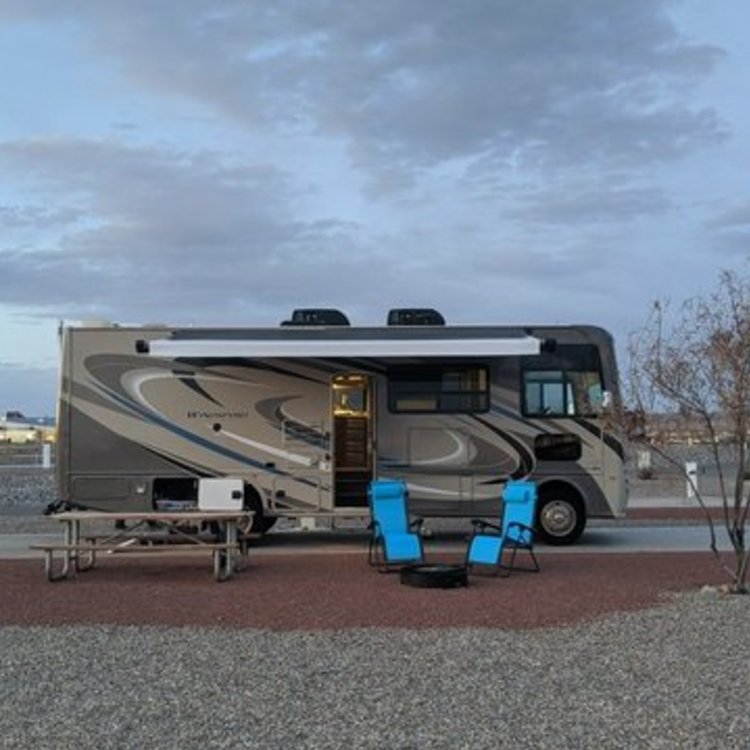 Utah’s second-oldest restaurant, Ruth’s has been serving diner classics and all-day breakfast since 1930. The walls of the diner feature photos of Ruth, a cabaret singer who passed away at the age of 94 in 1989, performing in bars around Salt Lake City in the early 1900s. Now owned by a couple dedicated to carrying on Ruth’s legacy, the diner is famous for its Mile High biscuits and baked mac and cheese, but also includes a vegan breakfast burrito and vegetable stir fry. 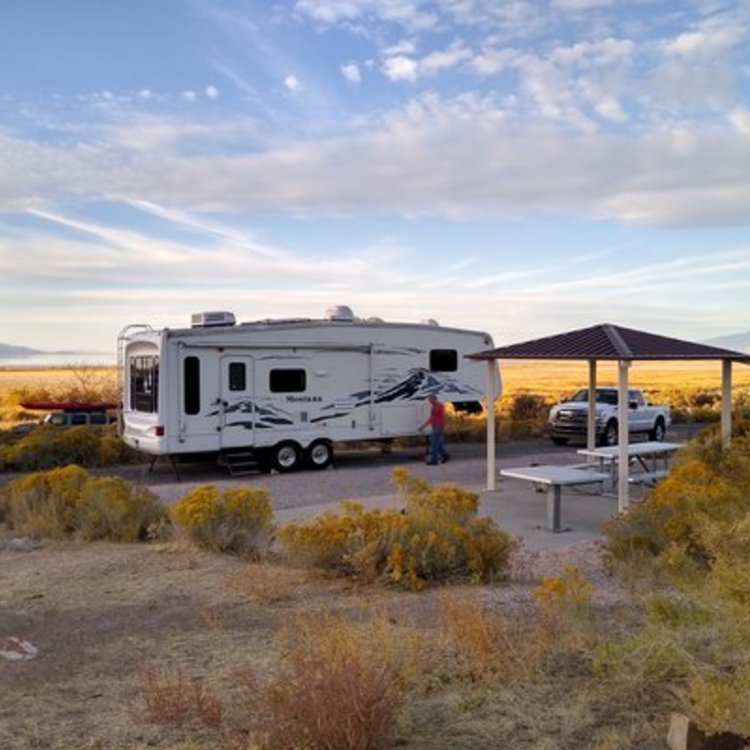 Alexandra is the features editor at Togo RV. She likes things that are bigger or smaller than they should be: novelty architecture, miniature worlds, and anything made from fiberglass or neon. She dreams of visiting every state in the U.S. and will always stop for a Muffler Man.

7 State Parks, National Monuments, and Forests in Colorado to See by RV

Keep Up with the Pack