On the RV Hunt: A Full-Time Rig With Room for Two

Join one couple’s search for a full-time towable in this installment of “On the RV Hunt.”

One evening in 2014, Ben McMillan came home from work and found his wife, Christina, on YouTube. “She said, ‘Come sit and look at this, I think this is something we could do,’” he recalls. “We started watching these videos of people who were full-time RVers, just living their lives, traveling the country.”

Though they wouldn’t hit the road for several years, Christina remembers that night as a turning point in their lives.

“It was just one of those days at work where you’re like, ‘Man, I enjoy my job and I’m good at it, but I’m stagnant and I just need some adventure,’” she says. “I didn’t want to constantly work. I realized we were planning our happiness around a few vacations a year. It was pretty mundane and I just couldn’t settle for that being what our life was going to be.”

So, the couple started planning. They worked out that it would take about 3 years to save the money they’d need to buy an RV and pad their savings, plus sell their house and nearly everything in it. They also spent that time trying to learn everything they could about the RVing lifestyle.

“Neither of us had ever been camping in our entire life,” Christina says. “We didn’t know about public land and boondocking, and finding places off the beaten path. We researched and planned for those years.”

By 2017, they were ready to put their plan in motion. They’d narrowed their options down to a travel trailer,  because they “didn’t want to have to spend more money on a new truck.” Ben says, “We have a GMC Sierra 1500 with a 5.3-liter engine. It’s a mid-range truck, and we wanted something we could easily tow.”

The other must-haves were a covered undercarriage—“We wanted an arctic package because we knew we’d be traveling in it full-time, through all different temperatures,” Ben says—and a bathroom large enough to accommodate a composting toilet and a decent-sized shower.

Perhaps the most classic travel trailer on the market, the most compact of the Airstream International line measures 23 feet in length and sleeps four, with a queen-sized bed in the main bedroom and a convertible dinette. The large bathroom spans one full end of the trailer, with a large kitchen area and a lot of storage in between.

With its two slide-outs extended, the Jay Feather 23 RBM maxes out at 26 feet. The roomy design features a Murphy bed and sofa in a slide-out at one end, and a large bathroom with a full corner shower at the other. The second slide holds the dinette, leaving the spacious center area open and airy.

With a total length of about 31 feet, the White Hawk offers privacy with a separate, walled-off main bedroom, and accommodates extra people with a hide-a-bed and full dinette in the living room area across from the entertainment center. The bedroom is separated from the rest of the trailer by a bathroom, which includes a standard-sized shower.

Although Christina says the couple’s dream trailer “is and will always be the Airstream,” they struggled to find one—even used—that was less than $80,000. “They’re timeless, well-made, and have windows everywhere,” she says. “But had we gotten that, we might have been able to travel for a year.”

They wanted their savings to go further, so the Airstream would remain a dream. As for the White Hawk, Ben says, they did like it, but thought some features would be wasted on the couple.

“The biggest difference was that it was just way more fancy,” he says, “and the price difference at the time was about $15,000 [compared to the Jay Feather]. You were spending more for fixtures and finishes. Plus, with the outside kitchen, the bathroom in the middle of the trailer… it was set up for if you had guests. We knew it would almost always be just us.”

In the end, the McMillans bought the Jay Feather outright (and got a great deal, too, Christina says). They’ve been living and traveling in it full-time ever since.

“I think our trailer is the perfect full-time situation for people who want to boondock and visit national parks with size restrictions on RVs,” Christina says. “There’s almost nowhere that we don’t fit—we can go anywhere we want.”

But despite the compact footprint, the interior has all the space they need. “We needed enough bathroom space to install our composting toilet,” Ben says. “And, I’m a pretty big guy, so I needed a shower that would be comfortable. Our trailer offers all that.”

The only significant drawback to their choice, Christina says, is that “superlight trailers tend to have lightweight floors, and we didn’t pay much attention to that.” They’ve had to reinforce the floor with braces in some places. Because it’s a lighter rig, she adds, it tends to sway a bit when they move around inside. It’s nothing concerning, but they would eventually like to upgrade to stairs that lock in place on the ground and offer a bit more rigidity.

There’s plenty the couple loves about their home, including the roof, which was designed to handle the weight of solar panels, and the open floor plan offered by the Murphy bed.

“People think if you’re going to be living in an RV full time they need whatever is the biggest and best,” Ben says. “But it’s just the two of us, and our RV gives us everything we could possibly need.”

Disclaimer: Togo RV is part of a joint venture, partially owned by THOR Industries, Inc., of which Airstream and Jayco are subsidiaries. 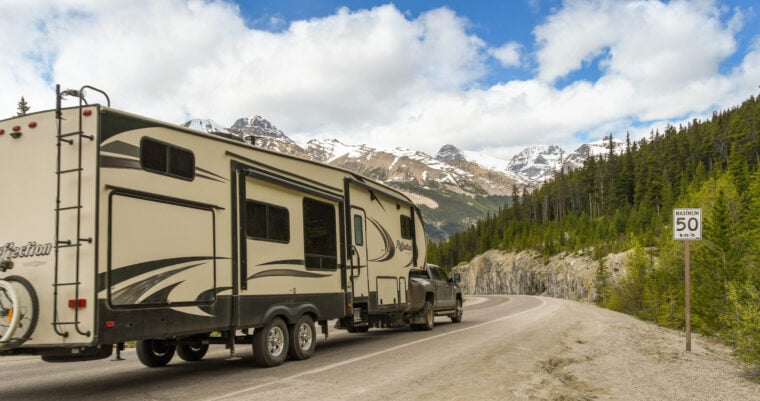 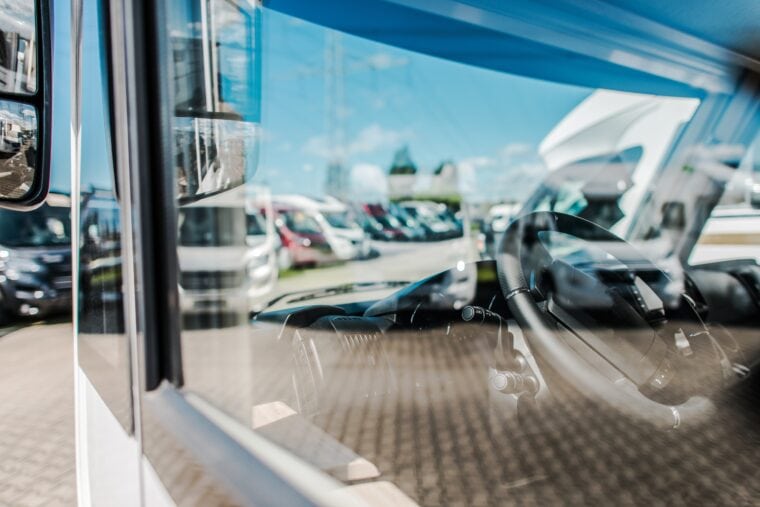 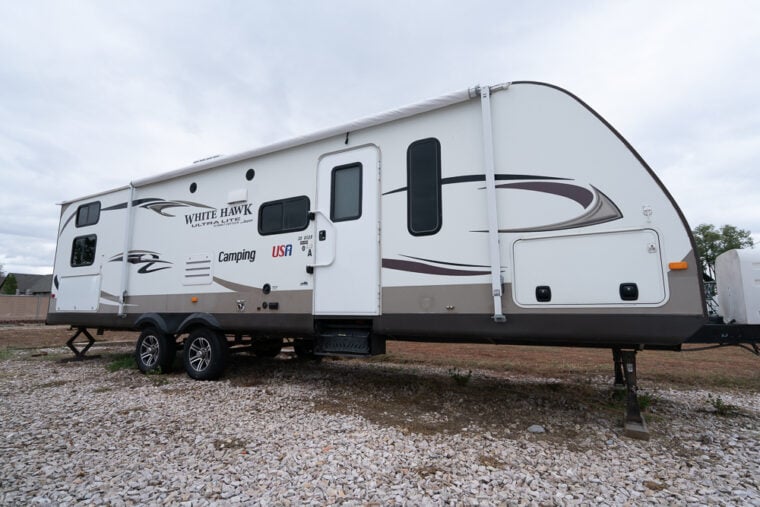 Your Guide to Buying an RV Fixer-Upper

Keep Up with the Pack