On the RV Hunt: Looking For a Rig With Space to Spare

Join one family’s search for their first full-timing RV in this installment of “On the RV Hunt.”

Sandra Crespo and Luis Class were packed into a small Class C at their local KOA campground with their kids, plus Class’ brother and parents, when they realized they wanted to buy an RV of their own. But it didn’t end there; that Memorial Day weekend in 2016, Crespo says, they had an epiphany.

“I remember sitting by the pool, doing a webinar for my work. I looked at Luis and we were just like, ‘How come we’re not doing this?’” she says. “I could work anywhere, and it would allow us to vacation and travel, even though the kids were little.”

Related Putting Down Roots: The Benefits of Stationary RV Living

The following week, the pair began shopping for the RV that would become their full-time home. They needed enough room for their kids, then ages 1 and 3, to have their own space. They wanted a primary bedroom that offered a bit of privacy, at least one and a half bathrooms, and high ceilings. They also hoped for a design they could alter to fit their changing needs as the kids grew up.

The Seismic is a toy hauler that’s just shy of 43 feet, with interior ceilings more than 8 feet high. It has two full baths, three slide-outs, and an optional party deck. The main bedroom features a huge walk-in closet, a king-sized bed, and a washer and dryer. The spacious central living area has a kitchen with tons of counter space and a huge entertainment center.

A since-discontinued model, the Heartland Edge toy hauler has two full bathrooms, each with a bathtub, and a spacious king-sized primary bedroom suite located a few stairs up from the main living area. A loft above the second bath offers an additional private sleeping area, and the cargo area is enormous. A deck off the side multiplies the usable space. At 44 feet long with 8-foot ceilings, there’s no chance of feeling cramped.

The Winnebago Adventurer is a Class A Motorhome just under 37 feet long, with ceilings slightly below 7 feet. It has three slide-outs, a loft above the cab, and a large kitchen with a residential-sized refrigerator. There’s a half-bath in the central living area, and a larger bathroom with a shower at the back of the motorhome, behind the main bedroom. The layout offers tons of open space, plus extra amenities like a fireplace and large pantry.

The moment the family walked into the Heartland Edge toy hauler, it was like love at first sight. They’d ruled out the Winnebago, which felt like “we couldn’t have much of a separation between the kids and us,” Crespo says, and the Jayco was a bit pricey for their budget. The Heartland was lightly used, so they were able to purchase it for close to $30,000 below the MSRP.

“It had two full bathrooms, and the fact that the second bathroom had a small tub was perfect for the kids,” Crespo says. “The side deck was another must-have on our list that the Heartland has. When we first bought it, our youngest was still learning how to walk. We’d keep their toy boxes out there and they’d play for hours without me worrying …. Now, we use it as our lounge, or sometimes that’s my office.”

Related How to Create the Perfect Mobile Office

One of the biggest selling points was the toy hauler’s cargo area, which became an additional bedroom. “We put in a custom bunk bed for our youngest, and a pull-out couch. When we have my stepdaughter with us, she sleeps there,” Crespo says. “That space has been everything. We use it as the gym, the classroom, the hangout room; it has so many uses. It doesn’t have to be just the kids’ bedroom.” Their son sleeps in the loft area, above the living room, and Crespo says he’s really “made it his own.”

There aren’t many major changes they’d make to their RV, even if they could, Crespo says, but it would be nice “if our side deck was in the middle, instead of in the back attached to the toy hauler. Then, even if the kids were sleeping, we could go out onto the deck.”

The family travels full-time, moving every few weeks and homeschooling the kids. They’ve been to 40 states, and more than 150 cities.

Related The RV Classroom: How to Successfully Homeschool Your Kids on the Road

“When we first had the kids, I was missing something, because we stopped traveling,” Crespo says. “It was a hassle. Taking a child on vacation requires so much planning. So, when we took that first trip and had everything we needed right there, we were like, wow, it would be easy. It opened a whole world, and that piece of me wasn’t missing anymore.”

The kids are beginning to understand how exciting their lifestyle is, Crespo says, and as they’ve grown up, the RV has been adapted to fit their needs.

“Things I used to read in textbooks, they get to actually see,” she says. “I personally don’t really remember the gifts I got as a child; I just remember the trips my family took. Our big mission with our kids was wanting them to appreciate collecting experiences. I just love the freedom our RV gives us. It’s forced us to live more intentionally, and I’m so grateful. It makes me emotional thinking about it. Best home ever.”

Calculate the Cost of Owning a Rig

Disclaimer: Togo RV is part of a joint venture, partially owned by Thor Industries, Inc., of which Heartland and Jayco are subsidiaries. 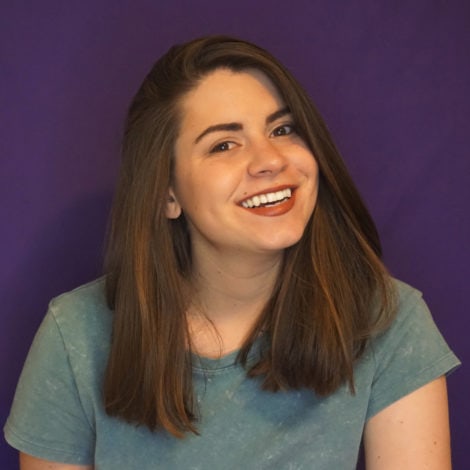 On the RV Hunt: Looking for a Hybrid That Can Grow With Kids

How to Research Buying an RV Is Owning an RV Worth It?