Lessons Learned When Installing Solar Panels on My Van

In this installment of RV Mishaps, we learn what can happen if you opt for a cheap solar power solution.

After spending hours watching YouTube tutorials online, I felt ready to tackle the most ambitious project yet on my Roadtrek campervan—revamping my solar power system. But things quickly began spiraling out of control.

The metal brackets for the three new Renogy solar panels I purchased didn’t contour with the curve of my van’s fiberglass roof, no matter how much I tried. And my new $1,250 170ah lithium battery didn’t slide into the battery compartment as expected. I couldn’t even begin to think about wiring the system.

Related Harnessing the Power of the Sun: An Introduction to RV Solar Power

Weeks earlier, I’d been prepping my van for the upcoming travel season when I noticed my house batteries were completely empty. But the sun was shining without a cloud in the sky. My solar panels should have been hard at work converting that sunlight into energy, and yet my charge controller indicated I wasn’t getting the needed voltage. After a quick call to an electrician friend, solar power expert Chris Poore, I climbed atop my van to test the voltage on my solar panels. I quickly discovered that they had delaminated and were essentially useless. I felt my wallet shudder. Three years earlier, more experienced RVers had warned against flexible panels and most of the reviews I read were lukewarm at best, but when I saw an Amazon sale offering 100W flex panels for $100, I couldn’t resist purchasing. The three panels were flat and sleek and didn’t draw attention when stealth camping. I also thought I could save money without the bulky rigid panels killing my gas mileage. Now, all the naysayers’ predictions had come true.

As I took stock of my solar setup and planned for the future, I spoke to some experts, determined not to repeat the same mistakes.

For my camping lifestyle, having more solar power makes the most sense, but I am limited by two other major factors—the size of my 20-foot campervan and my budget. I could easily fit three rigid 100W panels on the roof, but it would be difficult to fit any more than that.

I also discovered that I’d completely abused my two Mighty Max 75ah batteries over the last 3 years, learning that absorbed glass mat (AGM) batteries shouldn’t be discharged more than 50 percent of their capacity. Poore suggested upgrading to a more robust lithium battery and investing in a battery monitor, which acts as a fuel gauge for the power system. I’d considered lithium before, but was deterred by the price differential; lithium batteries typically are two to three times more expensive. Despite the higher price tag, lithium batteries offer a better value over the long term because of their lifespan and ability to draw down reserves lower than 50 percent, according to Poore.

This time around, I was determined to be more hands-on with the install process. I consider myself fairly handy and have completed projects that require some electrical work. But after starting the process, I quickly realized I was in over my head.

Once again, I called Poore, who came to help the next day. We scrapped the mounts that came with the panels in favor of a custom-built rail system. I also learned that the VHB (very high bond) tape I was using for the project wasn’t the correct type—even if I was able to mount the panels, they would have ripped off the first time I drove on the highway.

I also had trouble getting the battery to fit sideways in my van. So I built a wooden frame around the battery box, extending it an inch or so higher.

Next came the wiring. For this part I asked Poore questions, but mostly stayed out of the way. We managed to get almost everything completed before I embarked on a multiweek trip. The upgrades worked perfectly, and I only ran out of power once, after absent-mindedly leaving my inverter on all night.

The last part of the puzzle was the battery monitor, which allows me to monitor the health of my battery as well as how quickly I drain it. We didn’t get to install it before my trip, so it was up to me to install it when I returned. I was able to wire in the needed shunt and program the monitor in practically no time.

A month or so later, I’m unbelievably pleased at how well the upgrades are working. The battery monitor in particular has been a revelation. I no longer have to guess how much energy I’m using and how much power I have in reserve.

If you’re tackling installing solar panels for the first time, get advice from a professional. Talk to a knowledgeable electrician or handy RVer. I wasted hundreds of dollars on the wrong choices during my first go-round with solar. Had I talked to a pro beforehand, I would’ve spent more money initially, but likely wouldn’t have needed to replace my initial solar system just a few years later.

Think long term. Yes, lead-acid or AGM batteries are less expensive than lithium. But they have about half the usable capacity of the equivalent amp-hour lithium battery and between 33 and 50 percent of the expected life span. Over the long term, using lithium batteries makes more sense.

Get help. Electrical systems can be tricky, and if you don’t know what you’re doing, you could be setting yourself up for a disaster. There’s no shame in asking a more experienced friend or, better yet, a professional, to give you a hand. After spending nearly a decade as a reporter for The Indianapolis Star, Robert Annis became an award-winning outdoor-travel journalist. Over the years, Robert's byline has appeared in numerous publications and websites, including Outside, National Geographic Traveler, Afar, Men's Journal, Lonely Planet, and more. If you’re looking for Robert, chances are you'll find him either pedaling the backroads and trails of the Midwest on his bicycle or hunched over his laptop in an airport bar, frantically trying to make his next deadline. Harnessing the Power of the Sun: An Introduction to RV Solar Power 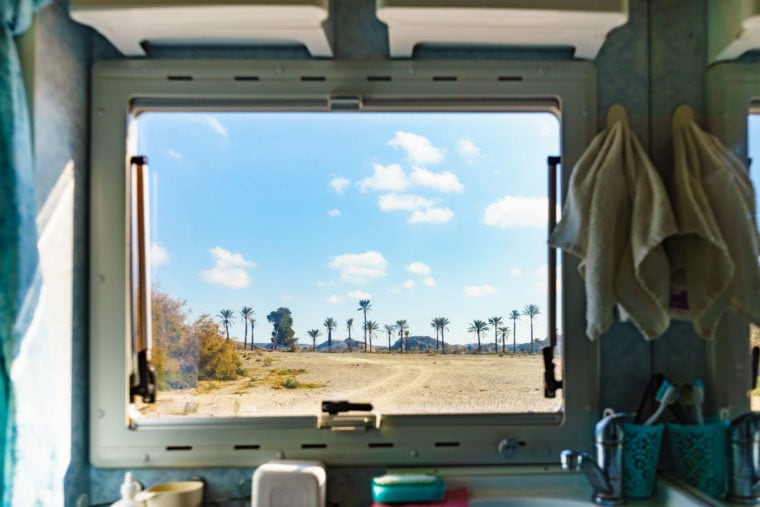 Everything You Need to Know About RV Toilets and Black Tanks 10 Things We Wish New RVers Knew at the Campground