What RVers Need to Know About Starlink

Is Starlink the best internet option for RVers? Here’s everything you should know about the satellite internet service.

Ask most long-time RVers, and they’ll tell you that go-anywhere, low-cost, fast, and unlimited internet service is the holy grail of data connection from the road. We have just about all of the comforts of home in today’s RVs, so why not have unlimited internet access in them as well?

For decades, the best option has been cellular-based service. Most competent road warriors will have at least a few mobile hotspot routers and perhaps a cellular booster to help stretch that connection in remote locations. But they still never quite reach far enough to cover every hard-to-get-to place—until Starlink.

Related Staying Connected on the Road: A Guide to RV WiFi

What Is Starlink and How Much Does It Cost?

Since its original announcement in 2015, SpaceX has been developing a low-cost broadband service to reach previously uncovered locations with its low-earth orbit satellite internet service. In early 2021, preorders for Starlink service opened to the public. As of late 2022, there are more than 3,000 satellites in orbit, with at least 9,000 more approved for deployment. Although it was originally designed to serve homes without other broadband service options, Starlink can work anywhere with a clear view of the skies. The service uses relatively compact satellite dishes that cost $599 each before taxes and shipping.

The connection speeds rival traditional broadband topping out at more than 200 megabits per second. But in the real world, that number can vary based on how many others are in the area using the network at the same time. For consumers, there are two service plans available: residential and RV. Both of these plans use the same hardware and cost $135 monthly. Residential users who don’t need to move their dishes to varying locations can opt out of the $25 monthly mobility option.

Which Starlink Plan Is Best for RVers?

There are two main differences between residential and RV plans. The first difference is the prioritization of service speeds. The residential plan requires a permanent service address, and the number of subscribers is limited based on each area. Residential users will have guaranteed speeds up to the first terabyte, whereas other users in the same area will be throttled to Starlink’s “best effort” speeds.

For residential users who opt in for the $25 per month mobility option, speeds will also be throttled when they leave their homes. As an RV user, you can expect service to range anywhere from single-digit megabit speeds in heavily congested areas to 100 to 200 megabits per second in desolated locations.

RV plan users don’t need a home service address, but a delivery address is necessary for the hardware. There’s no limit to how many subscribers there are, and every RV plan user’s service speeds are always offered at “best effort.” This means that in a congested area with a lot of Starlink subscribers, speeds can be significantly slower. For this reason, it’s wise to also have a secondary connection option, like a cellular-based mobile hotspot.

Another major difference between the residential and RV plan is the ability to pause the RV service to avoid paying for the months when it’s not needed. There are no additional fees to keep your account while it’s on pause. For seasonal travelers, this can equate to significant cost savings. There’s no proration for partial months, so every time the service is unpaused, the user will be billed for a full month.

The bottom line is that for most new subscribers, Starlink for RVs is the best plan for travelers. Residential plans can have long waitlists depending on the location, and unless you also need to use it at home, it offers little benefit over the RV plan.

How Location Can Affect Starlink’s Performance

Because the Starlink satellite constellation is being deployed evenly across the sky worldwide, population density can often indicate how speed is affected. The eastern part of the U.S. typically experiences slower speeds because satellites are shared across more users. Sparsely populated western states generally enjoy faster speeds, with the exclusion of major cities.

Each Starlink dish has more than 1,000 mini antennas that can track multiple satellites simultaneously. With the satellites flying across the sky at incredible speeds, your dish will try to connect to a new satellite every 4 minutes. Heavily shaded areas can cause the service to drop in and out if the dish can’t acquire a new connection before it loses the previous one. This isn’t as big of a problem for web browsing or videos that can buffer, but when using Starlink for live video chats or gaming, these conditions can prove problematic.

Can Starlink Be Used While in Motion?

In late 2022, Starlink released a new high-performance, in-motion dish that’s roughly double the size of the standard Starlink system. The new dish doesn’t have moving parts and can be permanently flat-mounted on the roof of a vehicle. Technically, all Starlink dishes can be used while traveling, but the performance can be unreliable as the dish attempts to connect to satellites on the go. The larger in-motion dish solves that problem by doubling the miniature phased-array antennas inside. The downside is that the new dish costs $2,500 before taxes and shipping, but the monthly service fee is the same.

How Much Power Does Starlink Consume?

For RVers who plan to use Starlink while connected to shore power, the electrical consumption is inconsequential. But where Starlink really shines is in remote locations where you’ll be less likely to be connected to hookups. That means you’ll want to be prepared for the additional power consumption. The standard Starlink dish consumes roughly 1 kilowatt hour of electricity in 24 hours. That’s just shy of the usable capacity in a 100 amp-hour lithium battery. The larger, in-motion dish will use roughly twice as much power. This can equate to a massive amount of increased power demand for many RVers.

If you are planning to use Starlink off-grid, make sure you prepare your electrical system accordingly. Turn Starlink off at night and whenever it’s not in use to make sure you’re conserving as much power as possible. Increasing your battery bank, as well as your power generation capacity, to meet the new demand will ensure a worry-free stay.

Does Starlink Live up to the Hype?

So the question remains, has Starlink proven itself to be the best mobile internet service for RVers? It certainly feels that way when you’re visiting far-flung locations and are still connected with broadband speeds.

While you’ll have to overcome Starlink’s increased power demands, congestion in populated areas, and in-motion limitations when using a standard dish, it can save you the hassle of looking at cell phone service area maps and dealing with dead zones before planning your next adventure. If you need to be connected while on the road, Starlink will let you go where you want rather than limiting your trip to areas with cell phone coverage. Full-time traveler since 2008. Specializing and photography and videography in the travel industry. 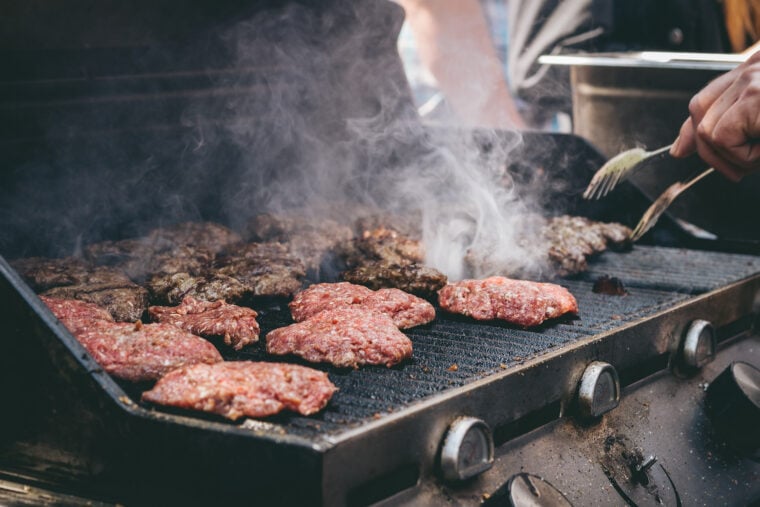 10 Game Day Accessories to Add to Your RV Tailgate

7 Pieces of Towing Gear Every RVer Should Know The Best Lighting Setups for Your Campsite